While several major retailers have decided to pull the plug on Ivanka Trump products from their stores and websites, Donald Trump’s daughter is getting massive sales on Amazon. In fact, Ivanka Trump’s perfume is the best-selling women’s fragrance on the e-commerce site.

Townhall.com, a conservative news site, broke the news about the perfume’s rise to the top of Amazon’s fragrance section on Thursday, and by Friday, Ivanka Trump’s women’s fragrance continued to dominate Amazon’s website. Not to mention, several of Trump’s other products became best sellers on the e-commerce site.

I bought this perfume in support of Ivanka Trump. I had no idea how it smelled. I have to say I was pleasantly surprised and I LOVE it!!”, one user wrote as a review.

However, many other users have taken the time to bash the product. “The smell of corruption, greed and graft. Made in China, of course…produced by Putin, Bannon, Reality TV fans, and greedy 1%ers,” one review read. 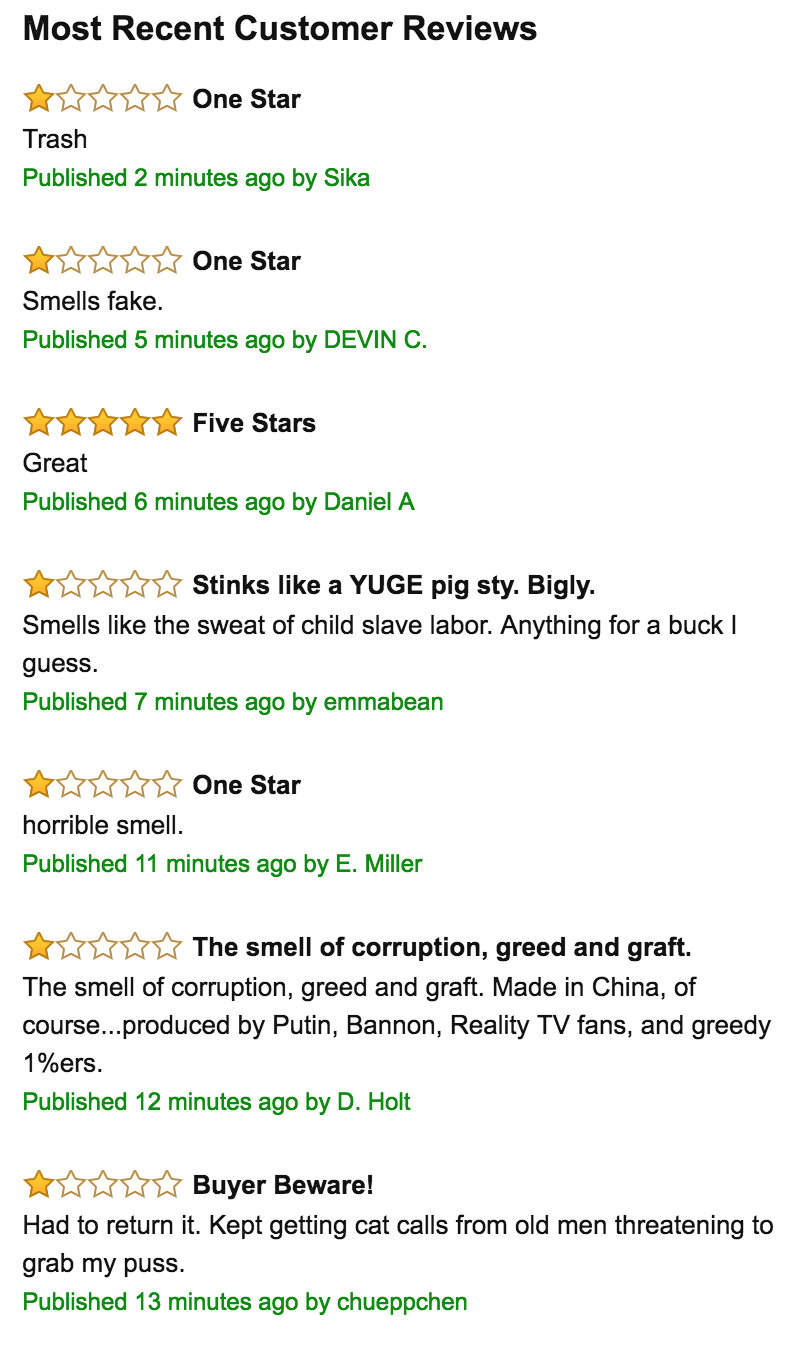 While many people called for the boycott of stores that sold Trump-related products thanks to the #GrabyYourWallet boycott. Some Trump supporters have also launched boycotts against companies that decided to stop selling Trump products.

Last week, Nordstrom announced they would no longer sell Ivanka Trump’s brand citing weak sales. “Each year we cut about 10% [of brands] and refresh our assortment with about the same amount,” the statement said. “In this case, based on the brand’s performance we’ve decided not to buy it for this season,” a Nordstrom representative told Bloomberg.

In response to the Ivanka Trump backlash, President Trump tweeted, “I am so proud of my daughter Ivanka. To be abused and treated so badly by the media, and to still hold her head so high, is truly wonderful!”

I am so proud of my daughter Ivanka. To be abused and treated so badly by the media, and to still hold her head so high, is truly wonderful!