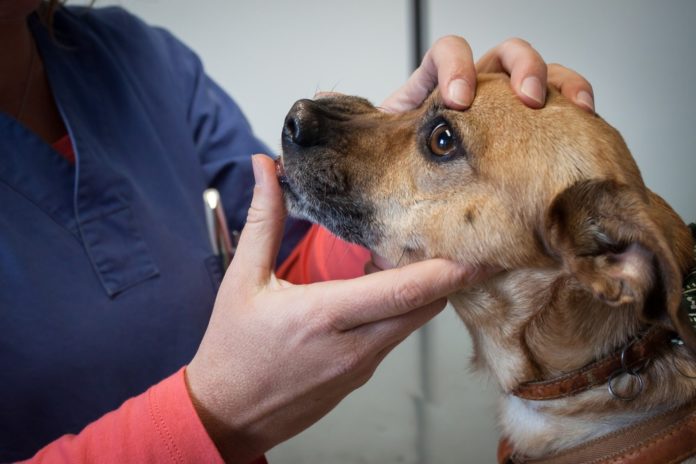 If your dog is experiencing symptoms such as coughing, sneezing, fever, difficulty breathing, and or tiredness, then your dog may be suffering from dog flu, otherwise known as the H3N2 virus.

The highly contagious virus was discovered in Florida for the first time in several dogs in Florida. While only seven of the dogs were confirmed to be suffering from the type of dog influenza, Florida’s Department of Agriculture and Consumer Services released a statement saying that several other dogs are six suspected of having the same virus and scientists are awaiting test results.

The illness is so severe that some of the animals infected with the dog virus had to be hospitalized. That said, Chief Vet Dr. Michael Short told the Miami Herald that all the dogs are in stable condition. Despite being extremely contagious and easily transmitted, the mortality rate is relatively low. According to the American Veterinary Medical Association, the illness spreads typically through coughing or sneezing and nearly all dogs become infected with the illness at some point in their lives. However, 80% of those dogs with the illness actually show symptoms.

While the H3N2 virus is similar to the influenza virus that affects humans, there has been no evidence to suggest that dogs pass the illness to humans. However, research has shown that the dog food can be spread to cats. The dog flu was first discovered in the US and dogs living in Chicago two years ago. Researchers believe that the virus first appeared in China, Korea, and Thailand and was spread through infected birds. However, the American Veterinary Medical Association says there is no research that proves this theory.

Currently, dogs can receive flu vaccinations. These vaccinations are usually recommended for animals that will be traveling to either a kennel, dog parks, grooming salons, or other areas where dogs can get in contact with many other canines.