Rio hotel-casino is assisting int he investigation and taking steps to provide information to the past and future guests of the hotel. In a statement released on Friday, the Rio explained the presence of legionella bacteria.

“Test results on the water at the Rio All-Suite Hotel and Casino indicated the presence of the legionella bacteria. The company is working closely with the Southern Nevada Health District and taking aggressive remediation actions to ensure the safety of Rio’s water. Out of an abundance of caution, we are relocating guests from rooms where remediation actions are being undertaken.”

Following the first report of the illness, Rio set up an environmental testing of their water system. After test results were completed, researchers found a presence of Legionella bacteria, and the hotel launched the appropriate response with a chlorine disinfection. Following reports of another case, the Southern Nevada Health District began sampling the water system and found Legionella bacteria.

The Health District reported they are working with Rio to address the issue and follow up with additional sampling to make sure remediation efforts are working.

What is Legionnaires’ disease? 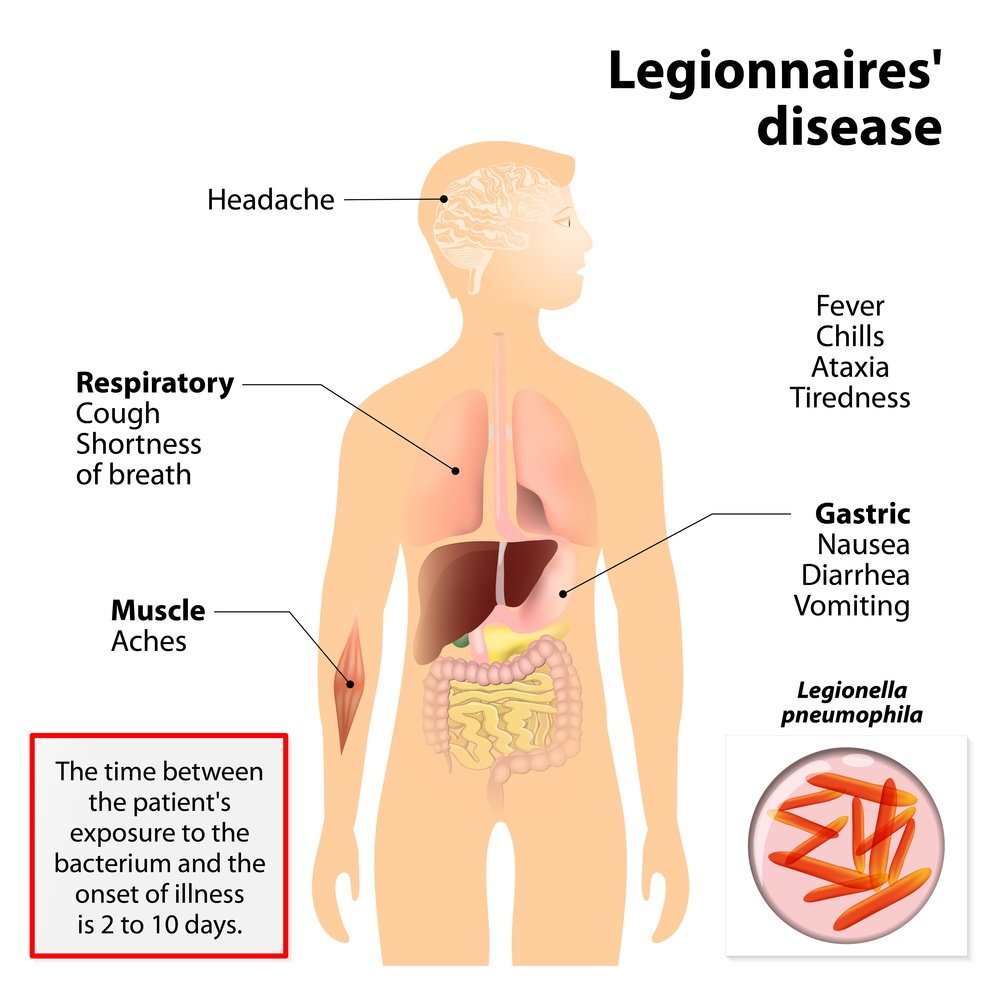 Legionnaires’ disease is a type of pneumonia caused by the Legionella bacteria. Individuals can contract the disease by inhaling aerosol droplets of water contaminated with the bacteria.

Legionnaires’ disease is similar to other types of pneumonia. Symptoms include fever, headaches, muscle aches and shortness of breath. Legionnaires’ symptoms typically start within 2 to 10 days following exposure to the bacteria. That said, individuals who are at risk of contracting the disease should monitor their health for at least two weeks after getting exposed to the bacteria.

Individuals who are at risk of contracting the disease include men and women over the ages of 50, smokers, individuals with weakened immune systems, and individuals with illnesses such as liver failure, diabetes or kidney failure.

Many people who are exposed with Legionella will not get sick. That said, it can cause severe illness and sometimes can result in death.