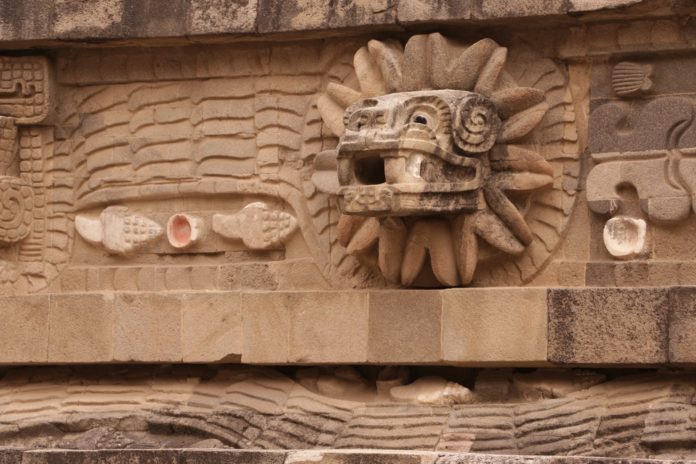 Human skulls were discovered underneath Mexico City, which is now prompting questions about the culture of death, sacrifice, and religion in the Aztec Empire. Archaeologists have found more than 650 skulls and thousands of fragments near the site of the Templo Mayor, one of the main temples of the Aztec capital Tenochtitlan.

The tower of human skulls is believed to form part of the Huey Tzompantli, an array of skulls that frightened Spanish conquistadors when they captured the city under the leadership of Hernan Cortes.

Andres de Tapia, a soldier who fought with Cortes in during the conquest of Mexico in the 1500s, recorded the structure claiming there were thousands of skulls lining the city, archaeologist Raul Barrera told Reuters. Now, Barrera believes they will continue to find more skulls as the excavation continues.

Archaeologists began excavation of the old city in 2015, and it was previously believed the skulls only belonged to male warriors killed in combat. However, the discovery of young and female skulls has left archaeologists confused about the culture of the Aztec empire.

A biological anthropologist involved in the study said, “We were expecting just men, obviously young men, as warriors would be, and the thing about the women and children is that you’d think they wouldn’t be going to war.”

“Something is happening that we have no record of, and this is really new, a first in the Huey Tzompantli,” he added.

The Aztec empire existed from the 1300s to the mid-1500s. The Aztec culture is known most notably for the archaeological evidence found in excavations. One of the most famous excavations is the Templo Mayor in Mexico City. The temple was dedicated to two gods, the god of war and the god of rain and agriculture. The temple was later destroyed by the Spanish in 1521 to make a new cathedral.

Meet the Inexpensive Centrifuge That Only Costs 20-Cents