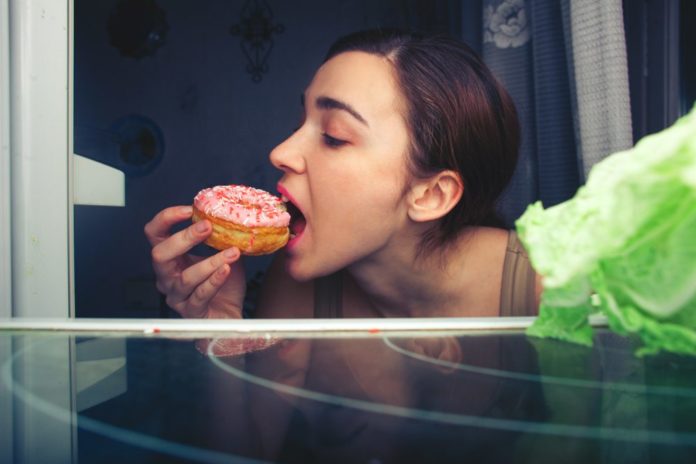 Researchers published a study in the journal of Nature Communications revealing why alcohol intake is linked to overeating.

Earlier this week, researchers discovered that going to the local bar is actually good for a person’s health. Published in the journal of “Adaptive Human Behavior and Physiology”, Oxford University scientists revealed that people who regularly visit a bar feel more engaged and are happier.

Now, researchers have found a link to the human brain and alcohol-induced overeating.

In the study titled, “Agrp neuron activity is required for alcohol-induced overeating,” Sarah Cains and her team of researchers discovered that alcohol decreases activity in the brain allowing for people to experience the munchies.

Why this occurs has not been discovered, and researchers previously believed that societal pressures were the reason why people overeat after drinking alcohol. But, Cains discovered that specific neurons in the hypothalamus part of the brain, Agrp neurons, are becoming activated and controlling feeding behavior.

Traditionally, Agrp neurons are triggered during starvation causing people to become hungry. But, when Cains examined mice housed by themselves that engaged in alcohol-induced overeating, those mice also had activated Agrp neurons. In turn, researchers explain that neurons that get activated when people are starving or hungry are actually triggered when people drink alcohol.

What are Agrp neurons?

Agrp neurons are found in the arcuate nucleus inside the hypothalamus. The arcuate nucleus is known for many roles in the human body including the metabolism, fertility and feeding. According to a 2011 study examining the role Agrp neurons have on the human body, researchers found the proteins released by the neurons can actually influence eating habits. With that being said, researchers are not sure how the Agrp neurons actually cause people to become hungry or change behavior.

New Mexico is Hit with Two More Cases of the Plague