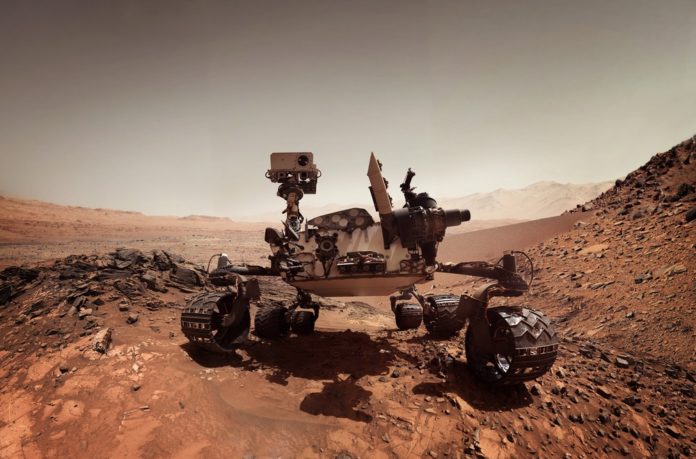 NASA announced on Tuesday the discovery of possible mud cracks on Mars.

Researchers using NASA’s Curiosity Mars rover announced that they found pieces of rock with shallow ridges that resembles dried mud that you would see on planet earth.

If true, NASA reports that this will be the first observation of mud cracks discovered by the Curiosity mission suggesting that there was a point in time when Mars was not a dry planet but, featured wetter conditions. In addition, this discovery lends credibility to the Curiosity rover discovery of ancient lakes.

A Team member behind the Curiosity rover mission, Nathan Stein, explained in a statement, “Even from a distance, we could see a pattern of four- and five-sided polygons that don’t look like fractures we’ve seen previously with Curiosity,” Stein explained. “It looks like what you’d see beside the road where muddy ground has dried and cracked.”

In addition, Curiosity Project Scientist Ashwin Vasavada explained that ancient lakes may have existed and then disappeared illustrating changing ancient geological features of the red planet. “The ancient lakes varied in depth and extent over time, and sometimes disappeared. We’re seeing more evidence of dry intervals between what had been mostly a record of long-lived lakes.”

So when will astronauts roam Mars and search for water? It may be a while before scientists actually reach the red planet and reconfirm the the Curiosity rover’s results. In fact, last October, researchers suggested that traveling to Mars may actually cause brain damage. A study published by the University of California, Irvine, suggested that cosmic radiation may impair memory and cause damage to the brain. Ultimately, space is a beast that is yet untamed and poses unique radioactive particles that have the potential to damage the central nervous system.

Until researchers discover how to reach Mars safely, NASA will continue to use their Curiosity rover to roll around the red planet and collect data.