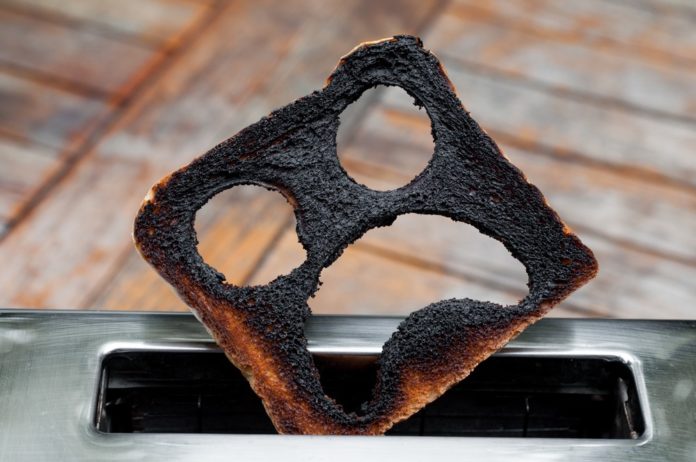 The Food Standards Agency (FSA) suggests food should be cooked to a golden brown instead of brown to avoid the ingestion of a cancer causing chemical.

“Our research indicates that the majority of people are not aware that acrylamide exists, or that they might be able to reduce their personal intake. We want our ‘Go for Gold’ campaign to highlight the issue so that consumers know how to make the small changes that may reduce their acrylamide consumption whilst still eating plenty of starchy carbohydrates and vegetables as recommended in government healthy eating advice,” Steve Wearne, Director of Policy at the Food Standards Agency said.

Wearne added, “The FSA is continuing to work closely with the food industry to reduce acrylamide in the food you buy, including the development of practical tools like an industry toolkit and codes of practice which will be embedded throughout the food chain.”

In 2002, Eden Tareke, discovered the chemical acrylamide. Tareke found the chemical in chips, french fries, and toasted bread. Acrylamide appears in foods heated for long periods of times, at a high temperature. Scientists are not sure why acrylamide appears in food, but some researchers believe acrylamide is created by the Maillard reaction – a chemical reaction that changes amino acids and sugars to give toasted foods a particular flavor. Most recently, acrylamide was found in black olives and coffee.

The World Health Organization (WHO) released a study in 2002 exploring the implications of acrylamide in food. In the study, the WHO concluded that Acrylamide could cause heritable damage. The WHO also could not determine the levels of carcinogenic acrylamide in food. However, the WHO reported large doses of acrylamide in animals changed their central nervous system while prolonged exposure resulted in nerve damage in the hands and feet.