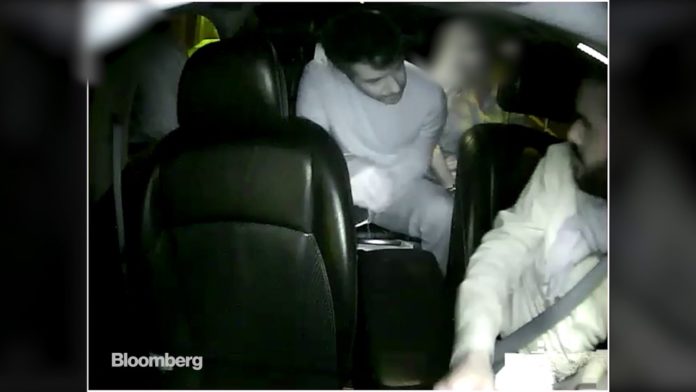 Uber CEO TRavis Kalanick is worth over $6 billion but, money can not buy you solutions to solve the countless problems the company is currently facing. Now, Kalanick has a new problem, a viral video.

Bloomberg has obtained footage of Kalanick getting into an argument with an Uber driver.

Uber has had a tough year, from sexual harassment allegations to a boycott campaign against the ride-sharing company. Now, a video has surfaced showing the company’s CEO getting into a heated argument with an Uber driver.

The video, which was recorded by driver Fawzi Kamel, shows Kalanick sitting between two women. Then, about four minutes into the video, his friends exit the car and Kamel starts talking with Kalanick.

Kalanick tells Kamel that Uber had to lower prices or the company would go out of business.

“What? Lyft? It’s a piece of cake right there,” Kamel replied.

“It seems like a piece of cake because I’ve beaten them. But if I didn’t do the things I did, we would have been beaten, I promise,” Kalanick responded.

Kamel argues Kalanick that he lost $97,000 and is “bankrupt” because of Uber’s business strategy. His situation is pretty common among Uber drivers. In fact, a Bloomberg report last January reported some Uber drivers are now sleeping in their cars, and the company has continuously started cutting fares to the point where some drivers make less than $10 an hour.

Kalanick eventually exits the car telling Kamel that “Some people don’t like to take responsibility for their own s***.” They blame everything in their life on somebody else. Good luck!”

Kalanick sent an email to Uber staff and posted a statement about the video on their website.

“By now I’m sure you’ve seen the video where I treated an Uber driver disrespectfully,” Travis Kalanick said. “To say that I am ashamed is an extreme understatement. My job as your leader is to lead…and that starts with behaving in a way that makes us all proud. That is not what I did, and it cannot be explained away.”

Kalanick added, “It’s clear this video is a reflection of me—and the criticism we’ve received is a stark reminder that I must fundamentally change as a leader and grow up. This is the first time I’ve been willing to admit that I need leadership help and I intend to get it.”

“I want to profoundly apologize to Fawzi, as well as the driver and rider community, and to the Uber team”