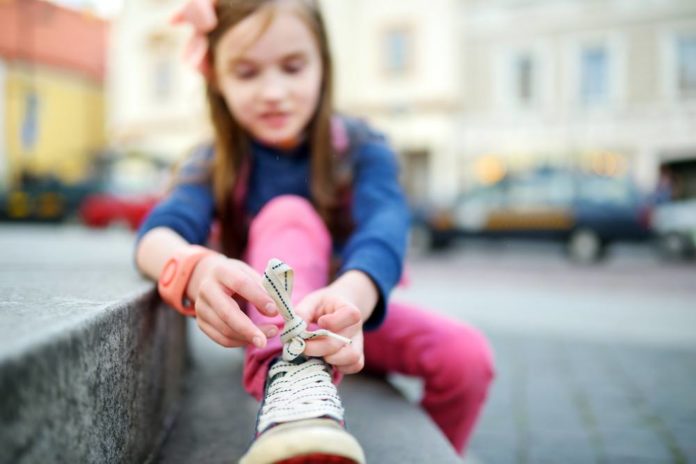 Researchers may have solved the mystery of loose shoelaces. Apparently, anything in life can unravel including your shoelaces. Scientists investigated why this occurs and now attributed to physics.

Researchers focused on the mysterious phenomenon that happens when a shoe is tied at one moment, and then at the next moment, the laces are untied – quite possibly causing for you to trip and fall or looking unprofessional during your interview.

Researchers conducted an experiment involving a human running on a treadmill and a mechanical leg designed to swing and stomp in the same way a person runs. Scientists discover that a shoelace does not untie in a matter of seconds and are caused by a complex set of forces. Science is then captured slow-motion video of a runner on a treadmill and found that every time his foot hit the ground at a force harder than gravity the fabric on the shoelace compresses and a piece of the lease begins to loosen. Also, a swinging leg also causes the friction between the not to decrease and as a result loosening the ends.

A professor of mechanical engineering at the University of California Berkeley and lead author of the study, Oliver O’Reilly, explained: “It’s unpredictable, but when it happens, it’s in two or three strides, and it’s catastrophic. There’s no way of coming back from it.”

Researchers found that stopping the foot gradually loosens the not while other forces cause the not to untie. As a result of the tension on the knot decreases and the knot slowly starts to slide causing a chaotic effect where this not suddenly unravels.

Researchers also discovered that the granny not that many people used to tie their shoelaces also comes unraveled faster than alternative knots.

So what would cause the scientists to look into why shoelaces become untied? O’Reilly explained that he was inspired to investigate what occurs after spending decades wondering why leases spontaneously unknot themselves. Essentially, becoming an intellectual problem or puzzle that only intensified when he had to teach his daughters how to tie a shoe.

“The interesting thing about this mechanism is that your laces can be fine for a really long time, and it’s not until you get one little bit of motion to cause loosening that starts this avalanche effect leading to knot failure,” said Christine Gregg, a co-author of the study, explained.