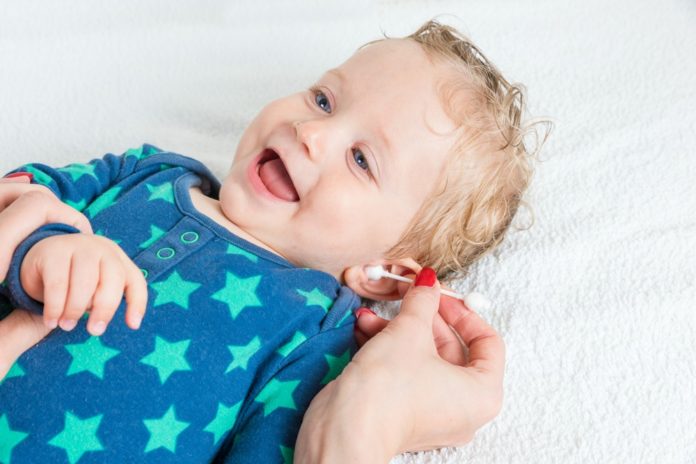 A study from a Children’s Hospital has found that kids should stop cleaning their years with cotton swabs. Researchers reported on Tuesday in the Journal of Pediatrics 34 patients under the age of 18 and older end up in the emergency room every day because of injuries related to cotton swabs.

The daily average statistic is derived from 263,000 ER trips over the course of 21 years through 2010. About 75% of those injuries included perforated eardrums and were due to the ear cleaning. Also, 10% of emergency room visits were due to kids playing with the cotton swab applicators, and 9% of injuries were caused by children falling with a cotton swab still in their ear. 66% patients were younger than eight years old, and 40% were three years and younger.

Dr. Kris Jatana of the Nationwide Children’s Hospital explained in a statement that there are major misconceptions when it comes to good ear hygiene.

“The two biggest misconceptions I hear as an otolaryngologist are that the ear canals need to be cleaned in the home setting, and that cotton tip applicators should be used to clean them; both of those are incorrect,” Dr. Jatana explained.

Moreover, our ear canals virtually clean themselves, and researchers argue that they are better left alone. This news comes after a recent report by the American Academy of Otolaryngology, which argued that earwax is beneficial to the body.

Physicians argue that if you cannot resist cleaning your ears, people should use drops instead.

Despite the staggering statistic, researchers report that 99% of the hospital trips analyzed in the study ended up with the patient being treated and released.

Human Sense of Smell is Better Than We Thought