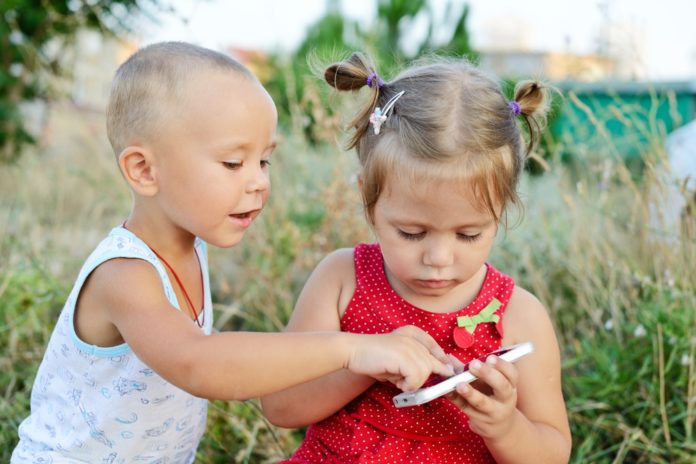 Screen time is becoming the latest topic of research as more and more parents are putting a tablet, computer, or TV in front of their child. As a result, researchers and scientists are trying to discover how this is impacting child development. Last October, doctors suggested setting new screen time limits for kids.

The American Academy of Pediatrics argued that parents should limit the amount of time children are spending in front of a screen. Previously it was believed that two hours of screen time was a maximum for children under the age of two.

However, researchers argue that two hours may be too much for children two years old and younger. In fact, the American Academy of Pediatrics argued that infants and babies ages 18 months and the younger should not be given any screen time at all.

Now, new research suggests that screen time for young kids causes to speech development issues. Doctors and scientists argue that time on a tablet may slow down speech development in young children. Pediatricians at the Hospital for Sick Children in Canada examined the effect of screen time on 900 children between the ages of six months and two years old.

Researchers found a 49% increased risk of delayed speech for every additional 30 minutes spent using a touchscreen. While previous studies promoted parents from limiting the amount of screen time, this was the first time there was an established link between screen time use and speech delays.

Researchers argue that expressive language such as the ability to convey feelings and information was delayed the most due to excessive screen time.

That said, screen time did not affect other types of communication such as social interaction or body language.

The study was led by Dr. Catherine Birken. Birken found that by 18 months 20% of the children in the study used tablets, smartphones or other devices on average of 28 minutes day. Ultimately, researchers argue that even apps that are marketed as educational should be discouraged.

One researcher tells Time that children are unable to establish and distinguish the differences between what they see on the screen and what is happening in real life. “Symbolic thinking and memory flexibility is something that apps haven’t been able to overcome, no matter how interactive they are,” says Dr. Jenny Radesky.