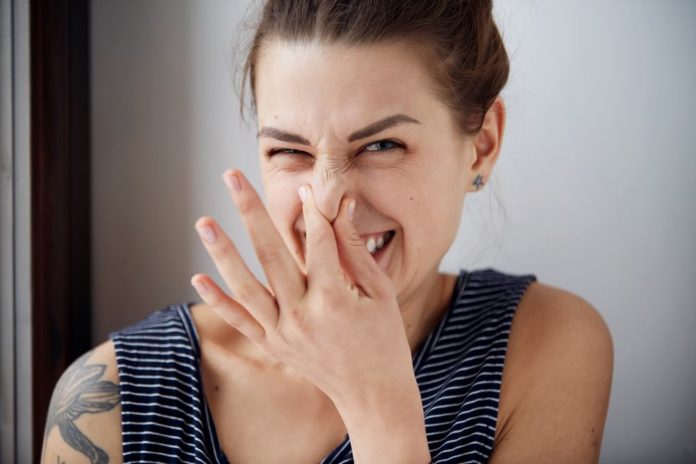 New research suggests that the human sense of smell is just as good as other mammals including dogs and rodents. This study is a paradigm shift from the usual assumption that humans have a weak sense of smell.

Led by Rutgers University neurobiologist John McGann, who has been working for years to disprove the long believed submit that humans have a poor sense of smell, argues humans have as many functional odor receptors as other mammals that are considered to have a better sense of smell.

The olfactory receptor neurons in the nose work by making contacting with molecules that contain the odor, and they send this information to parts of the brain.

McGann argued in his paper that the misconception about a poor human sense of smell began in the 19th century when French Anatomist Paul Broca claimed that the part of the brain that is responsible for processing smile was smaller if compared to the size of the human body. He argued that other mammals have a clearly better sense of smell because their olfactory bulb was bigger in comparison to their body.

“Through a chain of misunderstandings and exaggerations beginning with Broca himself, this conclusion warped into the modern misapprehension that humans have a poor sense of smell,” wrote McGann. “Broca viewed smell as an animalistic sense that drove irrational behavior and thus must be diminished in importance in a rational being with free will.”

As a result of Broca’s argument, the belief passed from one generation to the next and now is considered to be true.

John McGann started researching the science behind the human sense of smell 14 years ago. According to his study, humans have approximately 1000 odor receptor genes, which is similar to the number of odor receptor genes of mice, which have 1,100. McGann also claims that there is no support for the belief that a larger olfactory bulb increases the sense of smell based on the size.