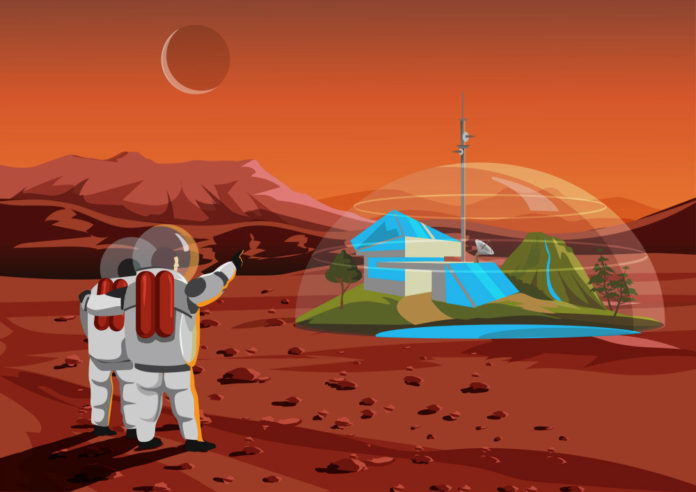 To ensure the future of the human species SpaceX CEO, Elon Musk, claims building a self-sustaining colony on Mars is critical.

The master plan, which is a summary of Musk’s presentation at the International Astronautical Congress in Guadalajara last year, claims that a future apocalyptic event will force the world to find other planets to live on to prevent extinction.

Out of all the options currently available, Musk argues that Mars is the best option especially considering Venus is made up of acid, Mercury is too close to the sun, and Earth’s moon is too small and doesn’t have an atmosphere.

Musk asserts Mars’ environment provides an opportunity for the future.

“It would be quite fun to be on Mars because you would have gravity that is about 37 percent of that of Earth, so you would be able to lift heavy things and bound around, furthermore, the day is remarkably close to that of Earth,” Musk says. “We just need to change the populations because currently, we have seven billion people on Earth and none on Mars.”

Also, Mars has the atmosphere to possibly grow plants as the environment is primarily CO2, nitrogen, argon and several other elements.

That said, traveling to Mars is not cheap. The estimated cost for sending a single person to Mars could cost up to $10 billion. To create a self-sustaining community the cost will need to be substantially decreased.

Therefore, Musk’s new goal is to reduce the cost of traveling to Mars to approximately $200,000. SpaceX CEO says to make it cheaper to get to Mars it will be necessary for rockets to be reusable and to create fuel on Mars rather than making trips back and forth to Earth for fuel.

Musk says that due to Mars’ atmosphere and elements currently available, it is also possible to produce the methane and oxygen required to provide the fueling for the interplanetary spaceship.

“It would be pretty absurd to try to build a city on Mars if your spaceships just stayed on Mars and did not go back to Earth,” Musk writes. “You would have a massive graveyard of ships; you have to do something with them.”

Musk plans on using the Raptor engine, which will be “highest chamber pressure engine of any kind ever built.” That said, it will need to have the capacity to carry 100 passengers and condense oxygen and methane for fuel.

“We are talking about a lift-off thrust of 13,000 tons, so it will be quite tectonic when it takes off,” Musk writes. “This is really intended to carry huge numbers of people, ultimately millions of tons of cargo to Mars.”

Moreover,  many ships will need to leave Earth every launch window to transport 1 million people to Mars in a matter of years instead of centuries.

SpaceX hopes that over time and engineering research, the cost to reach Mars could eventually decrease to $100,000.

So when will this interplanetary trip to Mars happen? Well, Musk is vague when it comes to an official date.

“If things go super-well, it might be in the 10-year timeframe, but I do not want to say that is when it will occur,” Musk says. “There is a huge amount of risk. It is going to cost a lot. There is a good chance we will not succeed, but we are going to do our best and try to make as much progress as possible.”