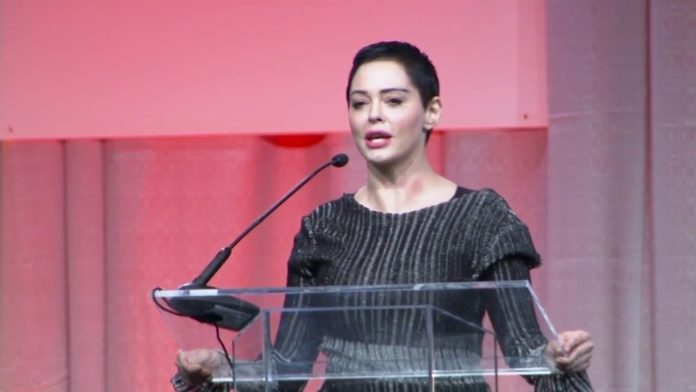 Rose McGowan gave a motivating speech at the Women’s Convention in Detroit, Michigan, on Friday. McGowan spoke out publicly for the first time in the history of sexual harassment, and assault allegations against Harvey Weinstein rocked Hollywood earlier this month. Since then, dozens of actresses have come forward with similar stories about the Hollywood producer.

McGowan started off by thanking all of the powerful women speaking out, because as she explains, “we are all me too.”

“I have been silenced for 20 years,” McGowan continued,”I have been slut-shamed, I have been harassed, I have been maligned, and you know what, I’m just like you. Because what happened to me, happens to all of us in society, and it cannot stand.”

McGowan is not the only woman speaking out. Mika Brzezinski explained early Friday morning the momentum shift and how sexual harassment in America is undergoing a significant transformation. “We are at a pivotal moment in history where unacceptable harassing behavior towards women will no longer be swept under the rug,” Mika explained.

You can watch the full speech above.