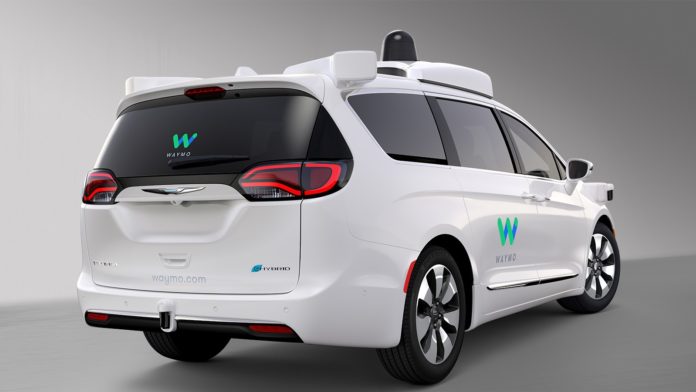 It did not take long for Google spinoff Waymo to hit the ground running as the company announced plans to add an additional 100 hybrid Chrysler Pacifica’s to its autonomous fleet be the end of the month. The move follows an agreement between the two companies last.

While Google has been at the forefront of research into self-driving vehicles, the company has been slow to monetize the technology. However, the planned spinoff of its autonomous vehicle team into a new company is one of the first steps for Google to bring the technology to the market.

Some analysts note the partnership with Chrysler may provide a peek into Google’s broader strategy – create an operating system and then partner with device manufacturers to apply the technology. This approach would not be dissimilar to how Google has worked with handset manufacturers such as Samsung and LG in the smartphone market.

In addition, it would open the door for Google to apply its autonomous vehicle technology to commercial and consumer cases, without the need to invest vehicle platforms and the various supply chains.

While the terms of Google’s deal with Chrysler are not public, Bloomberg is reporting that the vehicles will be used for a ‘commercial ride-sharing service’. This could be viewed as a challenge to Uber who has invested heavily in autonomous vehicle technology.

Last year the ride-sharing company purchased self-driving vehicle start up Otto for $680 million and then teamed up with Volvo. While most of Otto’s initial technology was focused on commercial vehicles, Uber has launched live trials of its self-driving vehicles in Pittsburgh and then in San Francisco and now Arizona.

The trials in San Francisco were derailed as the company refused to get the appropriate clearances from the California Department of Motor Vehicles.

This highlights one of the challenges which Google, Uber, and other companies will face in making self-driving vehicles the normal mode of transportation as there is little in the way of state or federal rules governing such vehicles. Other issues could include the future of private vehicle ownership and insurance – such as assigning fault when two autonomous vehicles are in an accident.

That being said the promise of self-driving cars is that they will lead to safer roads.  To date, more than 1 billion miles have been logged by autonomous vehicles on public roads, and the number of fatalities are less than a handful. However, the sample size remains relatively small and, until recently, most of the miles were logged in California.

Another challenge to making self-driving vehicles a reality is the cost. While commercial vehicles might be willing to pay more upfront for a lower total cost of ownership, most private owners won’t. To that end, Waymo has focused some of its efforts on reducing the cost of the componentry which will bring autonomous vehicles to the masses.

This has led to drastic cost reductions, and now it can install a self-driving kit in a vehicle for roughly 90 percent less than two years ago. However, the costs are still prohibitively expensive and most industry observers don’t believe the first market for self-driving vehicles will be private car owners.