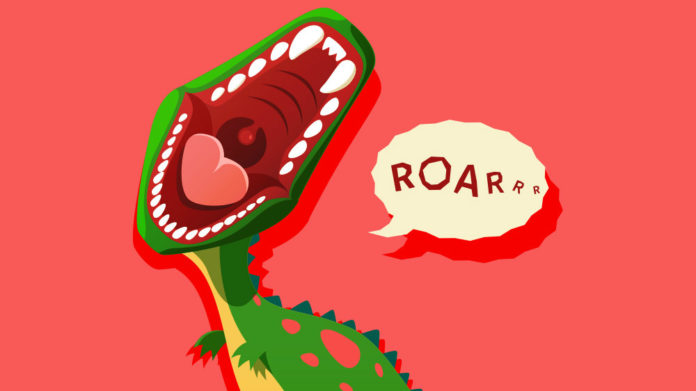 Just days after scientists named a dinosaur off a character from a Ghostbusters movie and two major dinosaur discoveries, researchers are now claiming that dinosaurs could have survived the asteroid crash that hit the Earth if it had struck 30 seconds sooner or later.

Humans may not be inhabiting planet earth if the timing of the asteroid had been only a few seconds different, according to a new BBC Documentary.

The Day the Dinosaurs Died broadcasts on Monday on BBC2 centers around a group of scientists who drilled the crater where the asteroid struck 66 million years ago.

The asteroid landed 24 miles off the Yucatan Peninsula in Mexico causing an 111 million wide and 20-mile deep crater. In fact, the asteroid was hit the earth at 40,000 mph Researchers drilled into the crater and found it contained high levels of sulfur. Scientists argue that the asteroid vaporized the ground and the reaction filled the sky with dust and blocked out the sun. As a result, this cooled the planet’s temperature below freezing for a decade and ultimately wiped out the dinosaurs.

Animals that were not killed by natural disasters most likely died from starvation as their food supply waned due to the drastic environmental changes.

Surprisingly, researchers argue that if the asteroid landed in the Atlantic or Pacific Oceans, it would have been less catastrophic. Professor of geophysics at the University of Texas at Austin, who organized the drill, said: “the asteroid struck Earth in a very unfortunate place.”

Joanna Morgan, a professor at Imperial College London, co-led the study and said 100 billion tons of sulfur chemicals spread across the atmosphere by the asteroid.

Thankfully, modern day scientists are currently planning on coming up with a plan to prevent an asteroid from hitting earth.

Study: Kids are Closer to Dogs Than Their Brothers and Sisters