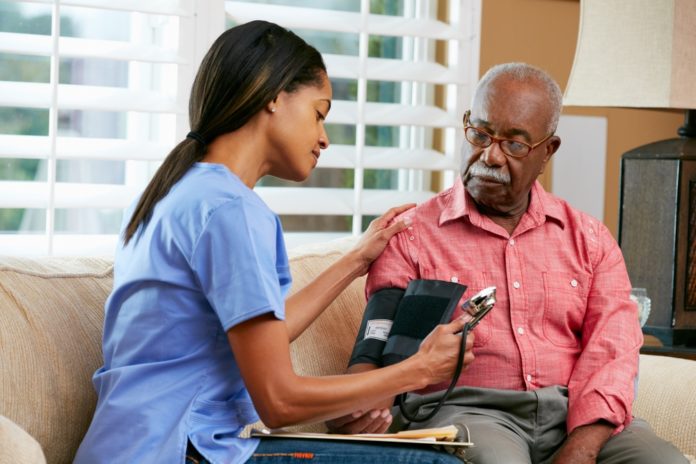 A new study by Northwestern Medicine has found blood pressure readings of African-Americans dropped between one to five points after they moved to less segregated neighborhoods.

In a longitudinal study analyzing the impact of living in the less segregated areas on blood pressure. Previous research found that racial residential segregation is linked to a prevalence of hypertension.

The lead author of the study and assistant professor of preventative medicine at Northwestern University Feinberg School of Medicine explained, “This study provides stronger, more direct evidence that segregation impacts blood pressure and harms the health of African-Americans. I believe it’s related to the stress of living in these neighborhoods.”

Scientists examined racial residential segregation with blood pressure and more than 2000 African-American participants involved in the Coronary Artery Risk Development in Young Adults study –  a national longitudinal study of adults with been followed for nearly 25 years. Researchers looked at associations between individuals who have moved from segregated residential communities to less segregated neighborhoods for African-Americans involved in the study, approximately 80% of people had their blood pressure drop by 1 mm Hg,  after moving to a less segregated part of town.

Researchers argue that African-Americans who move to less segregated areas experienced less exposure to violence and more opportunities, which is commonly linked to a reduction in blood pressure.

“In a less violent area with better resources, you are more secure about your family’s safety and your children’s future in better schools,” Kershaw explained. “You see opportunities for the economic mobility of your kids. And there is better access to good grocery stores, health care, and an economically vital business district.”

Changes in blood pressure are not related to poverty or household income. That said, the more a person becomes educated, research has shown individuals have lower blood pressure.