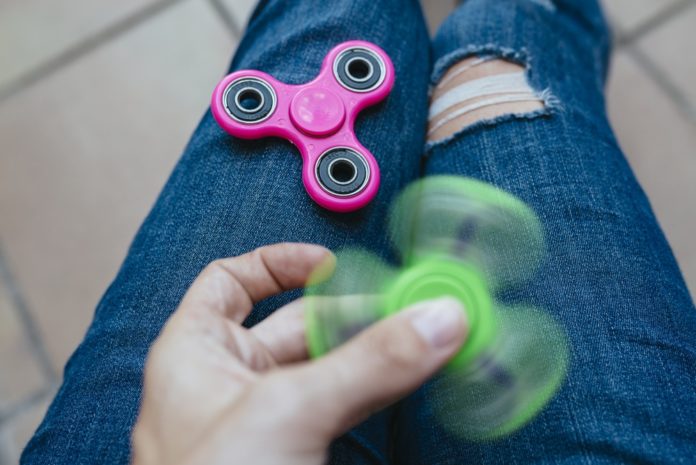 Fidget spinners are the latest craze, but one woman is warning others about her daughter’s nearly fatal experience with the toy.

A fidget spinner has two or three paddles that can be spun, similar to a fan, which in theory, allows people to relax. A mother is sharing her experience with others in hopes that it will be a warning for parents to understand the choking hazards of the latest trend.

Kelly Rose Joniec took to Facebook that she was on her way home on Saturday when she heard her daughter choking in the backseat. She immediately pulled over and discovered that her daughter had swallowed a piece from her fidget spinner. After attempting to remove the piece of metal, Joniec took her 10-year-old daughter to the nearest urgent care center.

Doctors were unable to tell where the object had gotten stuck. She was later taken to Texas Children’s Hospital, and an x-ray revealed that the metal piece was lodged in the girl’s esophagus.

In the Facebook post, Joniec explains, “Britton was taken to surgery to endoscopically locate and remove the object. Fortunately, we had a positive outcome, but it was pretty scary there for a while…not only because of the initial ingestion, but then the concern about the composition and structure of the object, and finally, the risk with general anesthesia.”

The US Consumer Product Safety Commission told CNN, “Anything with small parts, keep it away from young children. If it can fit through a toilet paper roll, don’t give it to a young child, and make sure to follow the manufacturer’s instructions.”

It is important to note, that many toys come with choking hazard warnings. According to the American Academy of Pediatrics, choking is a leading cause of injury and death among children.

It is important to note that several schools have banned fidget spinners because they are distracting students at school. That said, the device is suggested to help people who have problems concentrating, in particular for those battling ADHD.