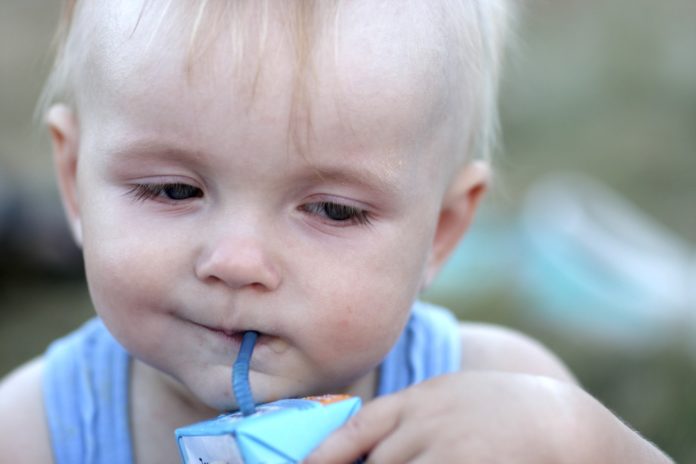 The American Academy of Pediatrics has released a new report and advice about juice. The advisory board argues that kids should avoid drinking it.

If you are craving something fruity, it is better to eat a piece of fruit instead. If you’re thirsty, then you should drink water.

Juice is the most popular beverage for kids and teens. Americans between the ages of 2 to 18 drink half of their fruit in the form of juice. As a result, the Academy’s position on juice is this: “Fruit juice offers no nutritional advantage over whole fruit.”

Kids younger than six months should not drink milk.

The advisory board says in the first six months, the only thing infant’s should drink infant formula or breast milk. “No additional nutrients are needed,” the statement says.

Researchers argue that babies who drink juice risk missing out on essential protein, fats, and nutrients that help a young baby grow.

Kids at six months to 1 year should drink milk, formula or water.

Toddlers and children 6 and younger over consume juice

The Academy explains that fruit juice and juice drinks are over consumed by kids and young children because “they taste good.”

In a statement, the Academy says, “they are conveniently packaged or can be placed in a bottle or transportable covered cup and carried around during the day.”

Researchers argue that parents should encourage their kids to eat fruit instead of drinking juice. “Like soda, it can contribute to energy imbalance.”

The Academy argues that children should not drink more than 8 ounces of juice per day.

“Fruit juice,” the Academy says, “has no essential role in healthy, balanced diets of children.”